Hex Editor Neo does not allow you to have multiple documents for a single file, but you can open as many windows for each document as you need.

Any file opened in the Hex Editor Neo is accessed with Read-Only access. Sharing access is set to allow Read operation only. Starting from version 6.12, if Hex Editor Neo is unable to get a Read access to a file due to sharing violation, it asks the user if he wants to create a volume snapshot and open the file from a snapshot.

Hex Editor Neo also opens disks, volumes or process memory with Read-Only access, but no sharing restrictions are applied. That is, if some other application changes the contents of the edited documents, you will need to scroll document's editor window to view changes or use the View » Refresh… command. 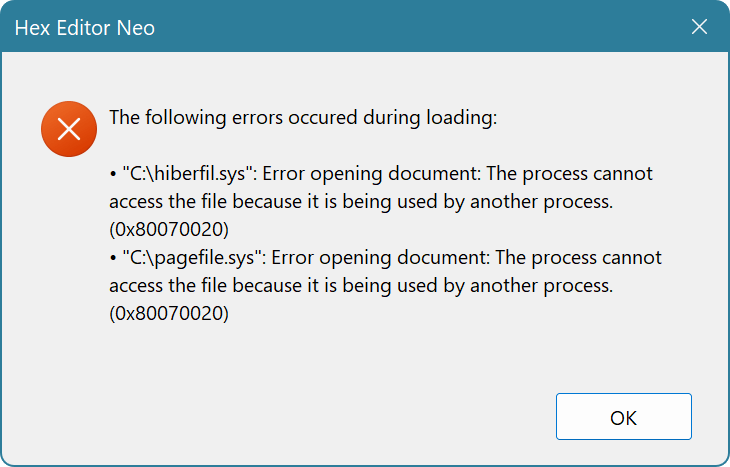